Waiting for the Daylight 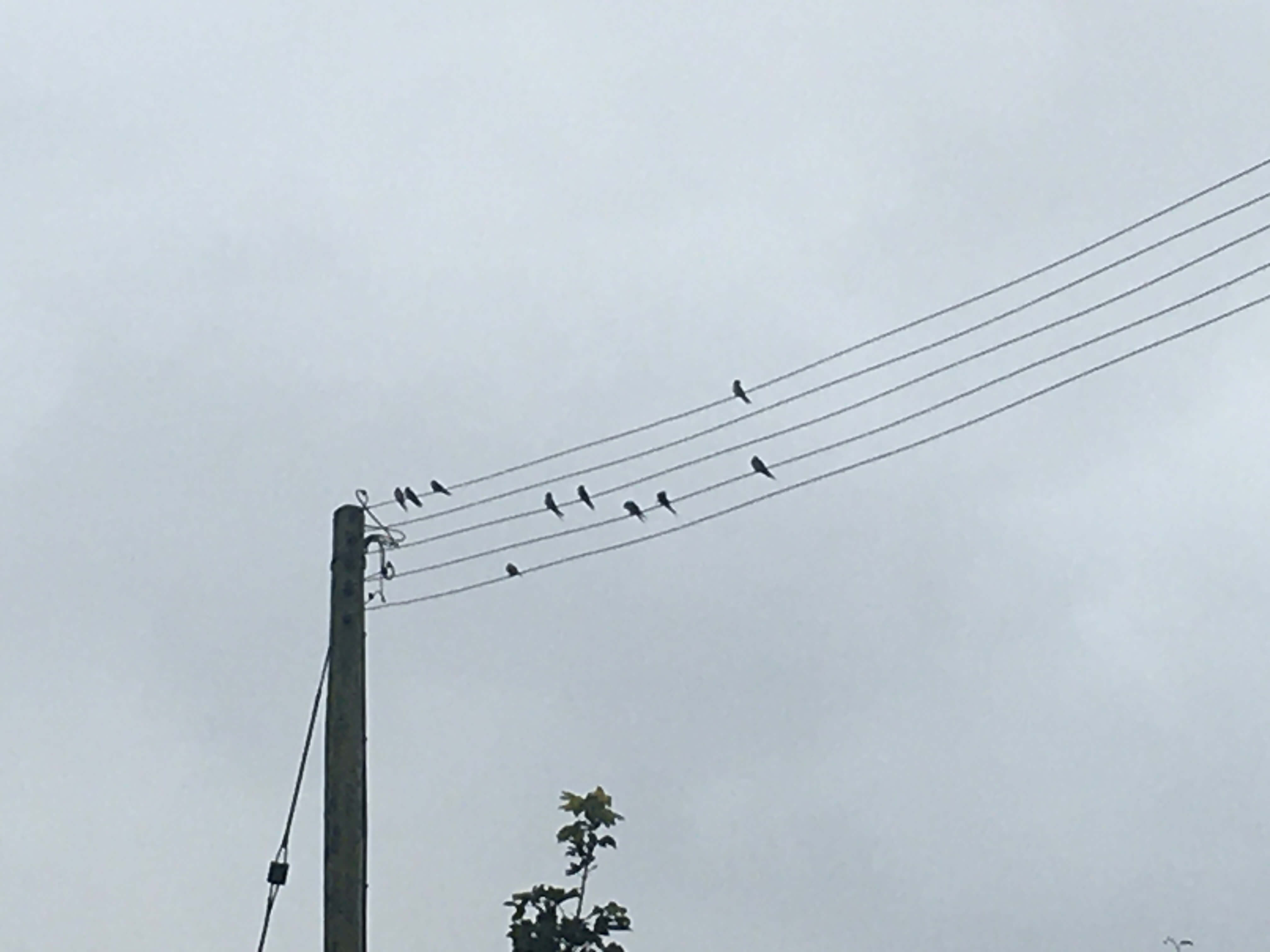 They say limitations can enhance creativity.

‘Waiting for the Daylight’ by The Unbound Community is the product of just that.

It all began with one intriguing photograph that Martin posted on Basecamp back in August 2020 (pictured above), in response to a creative challenge set by Hannah – a call out for images representing ‘beauty’.

“Was out walking the other morning and saw the swallows gathering before they fly south. Thought this looked like notes on the lines, quaver or semi-quaver on the stave…”

In response, Alison uploaded a recording of her playing the notes on piano.

Louis’ interest was piqued and he pitched the idea of developing this into a song. While restrictions allowed, he met with Martin to discuss initial ideas.

A small group then met (back in those heady days of Tier 3 where a safely managed community gathering in person was briefly possible!) to generate lyrics by looking at Martin’s photograph and reacting to it with phrases and words that came to mind.

With a bit of skilful editing, we soon had our first draft of the lyrics. Using the original piano line as a prompt, Louis worked out music and melody to accompany the words.

We shared this phone demo with the rest of the Unbound Community on Basecamp which was met with enthusiasm.

Next came group discussions about arrangements and production.

Louis says, “We discussed the feel of it, agreeing that it would suit quite a mellow, contemplative approach. We listened to a few examples of songs that have quite distinctive ‘feels’ and discussed them in a bit of depth.

We decided to keep the track quite organic sounding, using acoustic instruments by and large. The nylon string acoustic guitar acts as a bit of a lynchpin to which we added some drums and bass as well as an upright piano, Wurlitzer and some mellotron flute parts to represent our birds. With restrictions being as they were at the time of recording, we set a challenge to invite the Unbound community to record their own voices onto their devices and send the audio over to me to mix. They all did an amazing job and it only took a little bit of nudging of the levels to create the Unbound choir of voices that ebb flow around each other beautifully. Some followed parts we had suggested and others sent improvised variations on the theme. It was a total joy to hear it all come together.”

Working in this way has been a little slow but that has allowed pauses for reflection.

Using platforms which facilitate feedback also allowed more of us to contribute and partake in decision-making. We even had a vote to decide on the final mix of the song!

As Martin said along the way, “…of course there is something about the time and effort it is taking to finish the song. Maybe by the time it takes (because of circumstances) to complete, the birds will be back and both them and us will have been on a journey, and in a sense we are waiting for a new dawn.”

After a year of restrictions, we’ve learned to get by one day at a time, finding hidden reserves of patience. Sometimes it’s felt too dangerous to have hope.

However, as the first signs of Spring appear, and a few more positive News stories begin to trickle through, maybe we can start to feel more optimistic about the new dawn Martin describes.

We’re all just waiting for the daylight…