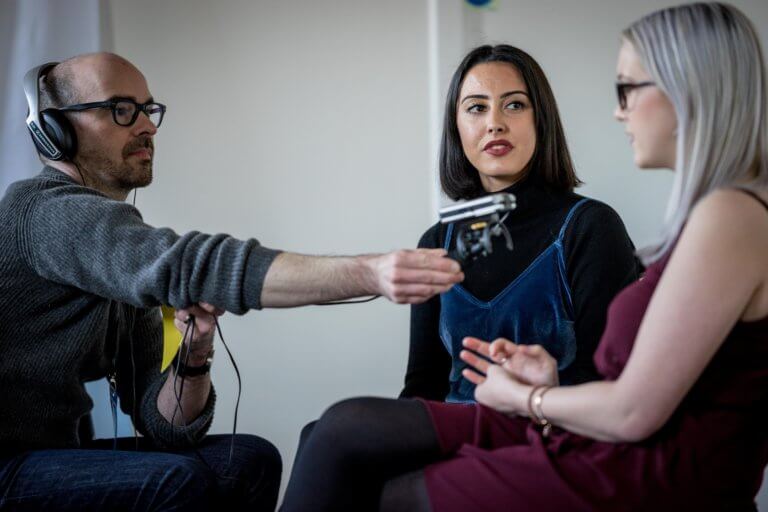 In January 2017 KIN launched their first three artworks at a public exhibition at MANY studios. Exploring issues like prejudice, guilt and identity crisis, ‘Breaking Ground’ was a celebration of how far the group had come; it also paved the way for the next chapter of the collective.

We all have a role to play, when it comes to changing attitudes towards people affected by the criminal justice system. Breaking Ground was a chance to widen the KIN collective, and get people talking. Through a series of interactive installations, the public were invited to respond creatively to the work that was on show.

One SPS staff member said: ‘Their courage and the open way they spoke about their experiences was a lesson to everyone in the criminal justice sector.’

The event was attended by over 300 people, and brought together a really diverse group of people, from people with lived experience of imprisonment, to high level policymakers and key sector professionals.

The following video, made by Sandy Butler, was commissioned by KIN to document the event.