In our ‘Stories’ series, we ask different members of the Vox community to tell us a little about themselves, and what it means to them to be a part of Vox. Gordon is a member of our Unbound group that meets on Tuesday nights, but has also been involved in Distant Voices, and is now a member of the Distant Voices core group. He says:

The first song I ever wrote was during a Vox Session I was fortunate enough to attend in August 2015. I didn’t know that I’d be expected to write a song when I agreed to participate, and to be honest my initial reaction to this news was panic!

However, with the support and encouragement of the Vox community I was inspired and enabled to write a song.

Unexpectedly, I found myself writing about a bereavement my family had experienced many years previously. I’d always struggled to make sense of this loss, and the emotions stirred up by this difficult experience were not easy to live with.

I’d previously tried to manage these feelings by writing prose and poetry (anything that might help me make sense of things), but whatever I wrote was never quite right…I only felt more and more frustrated at my inability to express myself.

Vox Liminis provided me with a safe space where I could reflect on this loss and try and articulate myself creatively through a different medium, a medium I had never considered before – song writing.

I found myself reflecting on the day my wife and I scattered our son’s ashes on a beach in Wester Ross during the winter of 2004. This memory had always generated many contradictory and confusing emotions for me, but as I allowed myself to reconnect to that moment the words began to flow, and a song began to breathe on the page and vibrate through my guitar as chords fell into place.

When I subsequently heard this song being sung back to me, something inside me shifted, and I felt a sense of relief, achievement and satisfaction that I had never thought possible.

Vox Liminis gave me a voice I never knew I had and showed me that sometimes life begins where our comfort zone ends. 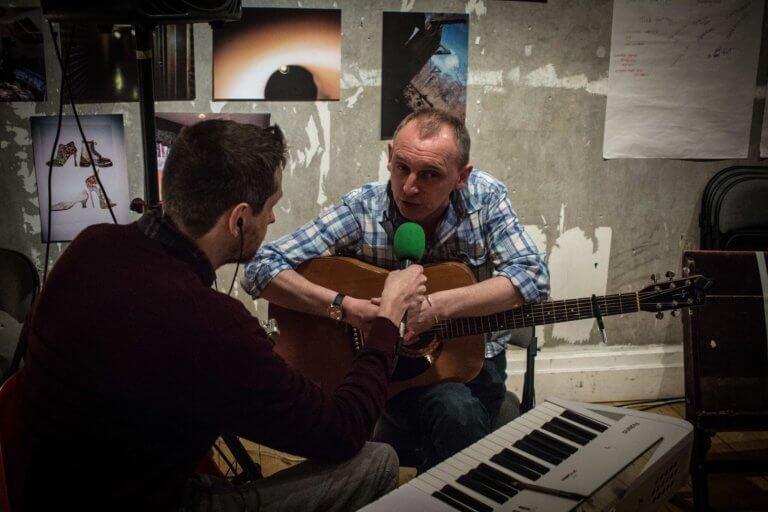