A Moment in and out of Time 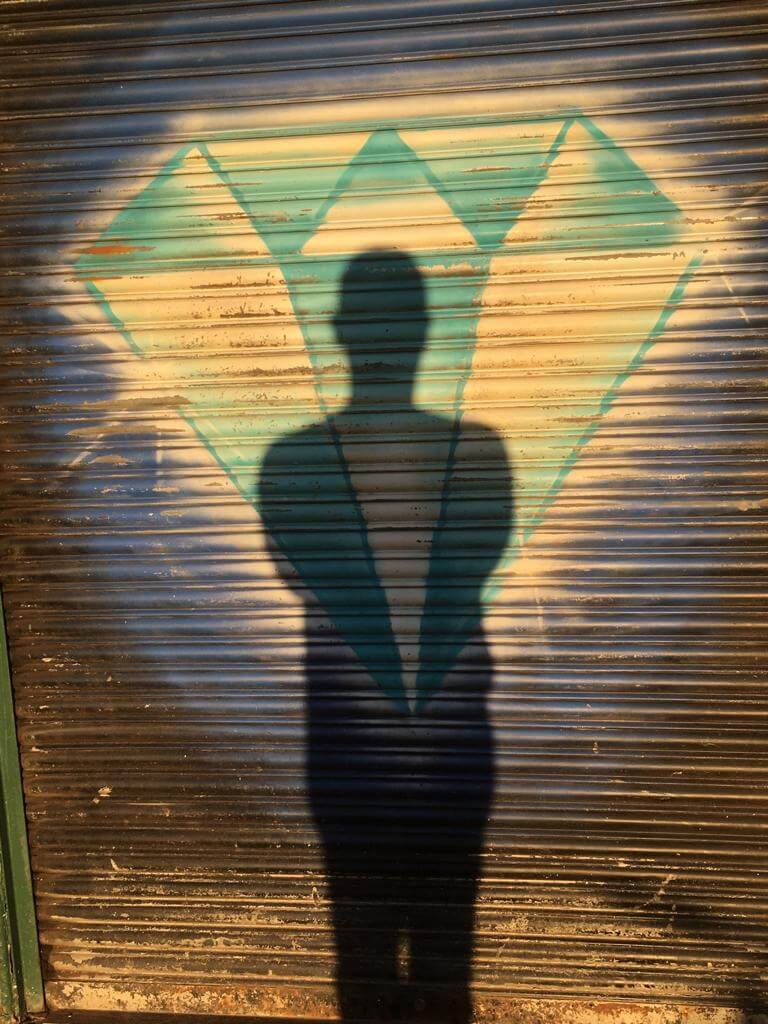 In-between spaces, grey areas, limbo: these are ideas we talk about a lot in Distant Voices. People often talk about being in prison as being ‘stuck in limbo’. This post is going to explore some words and ideas relating to this, so read on if you’re up for coming on a short train of thought with a word-geek!

My role in the Distant Voices project is as a member of the Research Team, but I’ve also had the privilege of being involved in songwriting sessions as a freelance musician since Vox Liminis was set up a few years ago. At the moment I’m doing a PhD that looks at integration through collaborative music-making – both from a criminal justice perspective, and from the point of view of people who have migrated to the UK from other parts of the world. In all of this, I have a particular interest in language and translation, so that’s where some of these thoughts come from.

So, originally the word limbo comes from the Latin limbus, meaning ‘edge’ or ‘border’, which you might imagine as something as simple as a line between two things. Now take that imaginary line, and make it thicker until it’s a place you can inhabit, and you have limbo. Its original usage was a medieval concept of the afterlife, a place for souls that are between heaven and hell. Later, around the 17th century, the word came to be defined as ‘condition of neglect or oblivion, place of confinement’ – this is where the resonance with the prison experience becomes clear. A close relative is the word limen, which means ‘threshold’. That’s where the ‘liminis’ bit of Vox Liminis comes from – voices from the threshold. In this family of words we also find liminality, a term from anthropology that I’d like to delve into a bit deeper. Liminality is a useful concept, both as a way of understanding the prison experience, and also as way to shed some light on what we like to call ‘the magic’ in the collaborative songwriting process – more on that a little later.

Anthropologist Victor Turner is credited with developing the idea of liminality. He was interested in rituals and symbolism, and spent a lot of time observing traditional rituals in communities in Zambia. He was fascinated by rites of passage, particularly in the ‘in between’ state, when a person is in the process of some kind of change of identity, having left behind their previous identity but not yet entered into their new one. A place of suspension, of waiting, of unfinishedness. Crucially Turner’s work talks a lot about the way people’s life courses can alternate between a structured ‘status system’ (where your social status is relatively stable) and liminality (a transitional state where something is changing), characterising these as healthy stages in human social development. He explains liminality like this:

“The attributes of liminality or of liminal personae (‘threshold people’) are necessarily ambiguous, since this condition and these persons elude or slip through the network of classifications that normally locate states and positions in cultural space. Liminal entities are neither here nor there, they are betwixt and between the positions assigned and arrayed by law, custom, convention, and ceremonial.”[i]

This state of existing ‘betwixt and between’ is one way to understand the prison experience – suspended between the life before and the life after, in a transitional place. Following Turner’s ideas on the alternating states of structure and transition, we might think of life on the outside as ‘structure’ and the limbo of imprisonment as ‘transition’. In describing Turner’s work, the Royal Anthropological Institute describes liminality as ‘the experience of living beyond the reach of society, permanently or temporarily outside its constraints’. So prison could be imagined as a liminal space in the sense of being ‘beyond the reach of society’, but it is certainly not without constraints. So can we really think of it as a liminal space?

Let’s look at some of the key features of Turner’s status system, the opposite of liminality. He talks about structure, inequality, distinctions of clothing, distinctions of rank, complexity, and systems of nomenclature, or naming things. This is starting to sound like the highly structured environment of the prison, intensely hierarchical and characterised by complex networks of power and control. A system where prisoners are visibly classified and categorised – for example in the way that the colour of their sweatshirts might indicate the length of their sentence or whether they are on remand or have been sentenced, as well as in more informal social hierarchies. So things are getting a bit more complex – although many people describe prison as a kind of limbo, in many ways it seems to have more in common with Turner’s ‘status system’ than with a liminal space.

All of this has a lot to do with identity – this ‘network of classifications’ that Turner speaks about is about how people see us, where we are pigeon-holed in the grand scheme of things. And what is prison if not a huge series of pigeon holes – in time, in architectural space, in how people understand who you are?

So if prison is a kind of status system, is it possible for liminal spaces to exist within that structure and if so what might they look like? This question brings us back to ‘the magic’ I mentioned earlier. One of the things I’m most intrigued by in the Distant Voices project is the shared creative process, and in particular how the experience of a Vox Session in prison – a 3-day, intensive songwriting session – creates connections between very differently situated people. It’s a beautiful thing to experience and a difficult thing to capture in words. I’d like to suggest that this represents a liminal space within the fixed pigeon holes of the prison, or what Turner calls ‘a moment in and out of time’.

Turner articulates some of the characteristics of liminal spaces, which help to create a shared sense of connection he calls ‘communitas’. For Turner, liminality is about things like equality, humility, transition, anonymity and the absence of status. There is some resonance here with how we frame the songwriting sessions at the start of the first day, which goes something like this: ‘For the next three days, we’re going to try to leave all the labels at the door. In this room we’re all equal, we’re all human, and we are all here to write songs’. Of course this is an aspirational and idealistic statement, of course we can still tell from a glance whether someone is an officer, a prisoner or a musician. But these words do frame the workshops in a way that articulates a desire to find common ground and to disrupt fixed power dynamics, and I think for those reasons it is significant. This also explains why the project might meet with resistance or cynicism from some quarters – indeed Turner identified this reaction:

“From the perspectival viewpoint of those concerned with the maintenance of ‘structure’, all sustained manifestations of communitas must appear as dangerous and anarchical, and have to be hedged around with prescriptions, prohibitions and conditions.”[ii]

Speaking as someone who has helped lead a number of these sessions, it’s a scary process to embark upon. Not because it takes place in prison, but because trying to make something out of nothing is always a daunting thing, for all of us, and more so when you are sharing the tiny sprouting shoots of ideas before they are fully formed. Vulnerability, after all, is not usually a quality that is socially useful or welcomed in the prison environment – but it is one that has the potential to build connection. Here’s how one of the participants in an early Vox Session described it:

“When you guys were playing your music you really opened up to us. That’s helped us open up to you. Us prisoners are usually dead stand-offish, we put up these brick walls. But you guys have helped us take the walls down.”[iii]

As an aside, it’s important to note here that in framing the songwriting sessions, while we recognise that there is a vulnerability in the creative process, we are very clear that this is not a form of art therapy. We’re not trained therapists, and we’re not asking people to lay bare their most traumatic memories and experiences. There are lots of tools and strategies we use that allow people to approach what they want to share in a more oblique and protected way – more on this in a forthcoming blog post. But this quote does give a little insight into how the experience of a liminal space can help to spark positive connections between people.

In short, there is a lot going on here – too much to fully cover in one blog post. We are constantly learning more, and everything we learn reminds us that trying to establish a place to belong after punishment, or indeed after migration, is a complicated process. I know I’ve described the project in very positive terms here, and that this is a subjective position – although the majority of participant interviews do show positive responses. We don’t know all the answers though – in fact we don’t even know all the questions yet. What happens in the days and weeks after the celebratory ‘high’ of the playback at the end of the session where we listen together to the recordings of the brand-new songs? Do participants find it hard to return to the pigeon holes? Is there a discomfort or rawness after this experience of shared vulnerability? Does the sense of achievement and creative confidence that many participants experience last in the longer term? Do participants experience the same emotional slump that I often feel a couple of days after this intense experience? Anecdotal evidence from the participants who choose to stay in touch with the project post-release suggests some positive impact in the longer term, although this is obviously a self-selecting group. Either way, there is still much more we can learn from the voices from the threshold – if we are prepared to listen.